The 6R140 torque convertor also has a special long travel damper that allows lockup at extremely low RPMs. Add to that, dual overdrive overdrive gears and selectable drive modes, and the 6R140 transmission became one of the most efficient gearboxes in the heavy duty segment.

Designed to improve torque application while reducing strain on internal components, the Ravigneaux planetary gearset is a compound set of gears that is made from sinter-brazed powdered metal. This stout two-in-one gearset is able to handle the extreme torque of the 6.7L Powerstroke, as well as the high rpm shifts of the Ford 6.2L gas V8. It also has the 5R110 one-way clutch to smooth out the 1-2 shift.

One piece case
The 6R140 transmission uses a single piece deep skirt case, which provides quieter operation, and less chance of fluid leaks. To simplify maintenance, all of the internal components can be accessed from the front of the case by the torque convertor.

Software Issues
One of the most common 6R140 transmission problems has to do with the software that controls the gearbox. Due to the complexity of this Ford transmission, the ECU/TCM must be programmed the right way in order to make it all work correctly. Some symptoms of 6R140 programming problems include:

Often, these 6R140 transmission problems can be solved by reprogramming the ECU/TCM with the latest control software. However, these issues may be caused by mechanical failures. So it may take an experienced mechanic to sort out the problem.

6R140 Solenoid Failure
Solenoids control many functions on a transmission, and unfortunately, 6R140 solenoids are known to have problems. These issues can exhibit the same problems listed above.

6R140 Torque Convertor
Although the 6R140 transmission can lockup at engine speeds as low as 900 RPM, it can develop some serious problems. Like 6R140 torque convertor hub failure

6R140 Valve Body Problems
The valve body is essentially the heart of a transmission, as it directs the automatic transmission fluid to flow down the right channel in order to activate a particular gear. Unfortunately, the Ford 6R140 valve body is known to have a number of issues, such as excessive bore and valve wear. This can cause a number of symptoms, including:

What can we do for you? 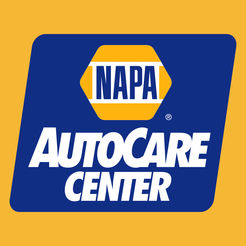